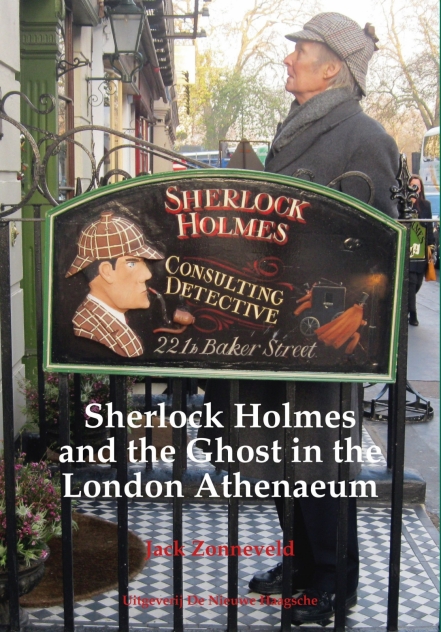 Sherlock Holmes and the Ghost in the London Athenaeum

The Athenaeum is a well-known club in the centre of London. In 1883 the Dutch King William III of The Netherlands visits London, where the famous detective Sherlock Holmes solves a somewhat intricate case for the King, caused by the appearance of a ghost.This short story is beautifully illustrated, with a nice twist at the end, and very handsomely presented.He is a literary historian and has written seventeen books for children, a study of the social ideas of the Victorian poet Gerard Manley Hopkins, entitled The Random Grim Forge, and many other books, such as Sir Brooke Boothby, Rousseau’s Roving Baronet Friend, and several about the history of his own family.Various magazines published articles by him on literature, educational psychology, history, and the visual arts.Cover illustration: Jack Zonneveld entering 221b Baker Street on a bitterly cold and frosty morning in early December (Photo by Emma Smit).